They were taking it slowly but as the summer progressed she became more and more convinced that Leo was the man she was going to marry.  This despite the fact that there were a few odd things about him.  He was, of course, gone often and sometimes for extended periods of time and although he always had a briefcase Amanda had never seen what was actually inside of it.  He would reply with, “trade secrets,” and “nothing you need to worry yourself about, dear,” whenever she asked him about it.  When he was home he would spend hours pouring over out-of-town newspapers and also took to spending Saturday nights out of the house, claiming to be meeting up with his company’s executives.  He never offered to take her along or introduce her to anyone that he worked with or to clients to whom he sold whatever it was that he sold.  The time they did spend together though was tender and romantic and Leo would buy her expensive gifts and take her out to eat at fancy restaurants.   He also told her that he stayed at the Radisson downtown, a very upscale place to live, although he had only taken her there on two occasions. 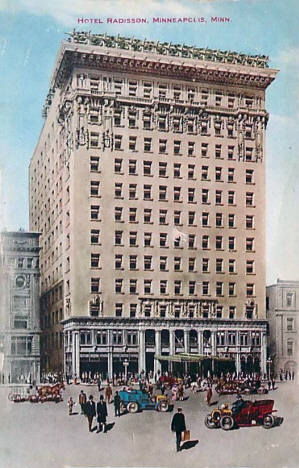 Naturally Leo was in fact up to his old tricks, just doing so much more carefully than he had in the past.  By the end of June of 1944 he had pulled off an additional two bank robberies, one in Wisconsin and another right on the border of South Dakota.  These had netted him a handsome profit and allowed him to continue his charade with Amanda along with courting a few other woman on the side.  His Saturday “executive meetings” were in fact nights that he spent at the Gay 90’s night club on Hennepin Avenue, watching the strip shows and buying drinks for a variety of women.   He also had another plan in motion, one which involved a trip to Flint, Michigan in early July of that year.

When Leo arrived Flint was well into its tenure as Vehicle City, USA.  It was bustling with a population that was approaching two hundred thousand and offered all of the kinds of vice to which Leo was attracted.  He was, however, not there for that kind of distraction.  Away from the scrutiny of the parole department in Minnesota, he had decided that this particular risk was worth it.  He had come to find a job as he knew that his current story was wearing thin with Amanda and he did not want to lose her.  She represented his opportunity to “get respectable” with societal expectations and being married would also look good to his parole officer.  Such a job would also allow for him to approach that PO and get permission to leave the state, or at least that was what Leo hoped to accomplish.  Then he would be free from any worry if he was pulled over for some reason while traveling.  It was all going to fit together nicely into his plan.  Unable to completely avoid a little elegance, he took a room at the popular Durant Hotel, figuring that no one would know him so far from Minneapolis. 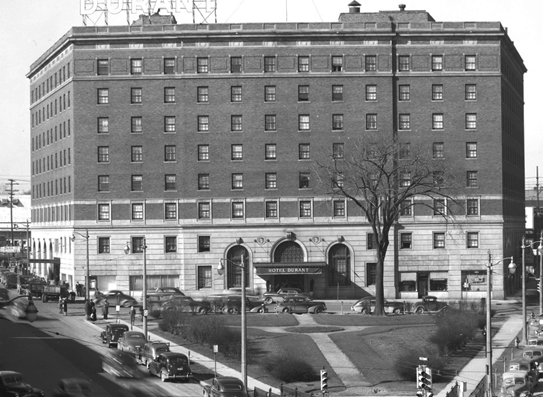 He then set to work on finding a job, one that fit his preference for extensive travel and limited supervision.  He found such an opportunity with King Manufacturing, a company that sold septic tanks and related equipment.  They were looking for a salesman to cover twelve states and although Leo had no verifiable selling experience he convinced them to give him the job, mentioning his civil engineering degree more than once.  He spent a few days training at the Flint location, learning about the products from a portly, bald-headed man named Larry, and then hit the road with a promise to send in his receipts and be back for the quarterly meeting in September.

Back in Minneapolis by early August, Leo did in fact receive official authorization to travel outside of the state for work relating to his employment.  The record reflects that the parole officer confirmed his employment with King Company; however, as it is a fact that they knew nothing of his criminal record it would appear that Leo ran some kind of scam on them involving a false phone number and a friend who impersonated a company executive.  The details of that, and how he explained the fact he had obtained an out-of-state job without leaving the state, are lost to history.

The day when this approval came through marked a turning point in Leo’s life.  It was not, as you could perhaps hope, a turning point away from crime but rather one in which he realized that he could pull off his big scheme.  He had managed to secure a good job, the ability to travel and case out places to rob, a healthy bundle of ready cash and a girlfriend who thought he was someone important.  If he was careful, Leo was convinced that he would be able to live below the radar of the police, continue to fund his life through crime, and enjoy the good life.  With that in mind, he asked Amanda to marry him on August 7th and they were hurriedly married on the 29th of that same month.  A week later they purchased a house just outside of St.Paul in St. Anthony at 3100 39th Ave NE.  Life was going well for Leo.