Maybe I should have been surprised, or insulted, or mad even at that point but I really was not that put off by this revelation.  Enough odd things had happened that I guess a lie about the mine’s location was not that remarkable.

“So, do you know exactly where it is?”

“I do.  I’m a bit of a hiker and stumbled across it on one of my early walks around here.  Don’t feel too badly about whatever resistance you are getting about collecting information.  I haven’t got a straight, or even a partial answer, about that place from anyone around here either.  I picked up a few details here and there I guess, but mostly all I know is that it is an old mine.”

“That’s about all I know too.  I did a little research on the area before I came up here but not enough to locate it myself.  Would you show me?”

“It’s a bit of a struggle to get back to,” the Reverend replied.  “Are you sure you’re up for it?”

He smiled back at me but shook his head, explaining that he had another appointment to keep in about thirty minutes.  He offered to go with me the next morning, an offer I eagerly accepted.  I had thanked him and was almost out the door when I turned back.

“Can I ask you something else?”

“That old woman told me that no one ever moves here.  That she was the last one.  Is that true?”

He paused before answering, looking past me to the trees that framed the property.  Then he replied.

“This is a bit of a static community.  Not much change, not many new faces.  They seem to like it that way.”

“And children?”  I explained to him about the pictures Eyebrows had let me look at and also that I so far had not seen any children in the area during my explorations.  He was turning away from me, walking back toward his office, as he replied.

“Yes, there certainly aren’t many children.”

That was obviously going to be the end of our conversation for the day, so I called out another thank you in his direction and returned to my truck.  It was later now, too late to do much of anything else, so I parked my truck in a pull-off near Cemetery Road and sat in the bed, eating granola bars and just absorbing the evening. 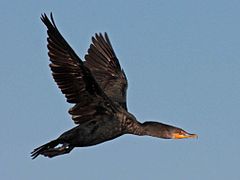 It was calm and cool, the sky kind of a dusty blue with a few clouds hanging near the western horizon.  Bird sounds were everywhere and I could pick out the calls of loons, cuckoos and woodpeckers.  A flock of cormorants flew by overhead looking in flight like a formation of futuristic aircraft.  The air was clean and fragrant, full of all kinds of outdoor scents; pine, rosemary, grass, and that musky smell that water gives off when it is jammed up with old wood and debris.  It was peaceful and relaxing to me even as my mind was racing through all of the new information I had collected during the day. It was right then that I heard it, the most unexpected sound.  I heard the shout of a young child.

I stood up in the bed of my truck upon hearing it, turning slightly to face the direction I thought it had come from.  I waited for several long moments and then I heard it again.  This time it was more than a shout, it was a series of sounds, just like you might imagine a child making as it played outside.  The sounds seemed happy, the usual youthful excitement of being outdoors and feeling free.  It stopped and I waited again, two minutes, then five but it seemed to be gone.  I did know though that it had come from somewhere down Cemetery Road and I jumped out of my truck to head in that direction.

I walked rapidly but stopped at every piece of property I passed; waiting for about a minute, listening, trying to peek around buildings, and watching for movement.  At the home of Mr. Shotgun I made sure that I was standing near a tree, just in case I needed it for cover, but even there I managed to get a fairly good inspection done.  At Brown Suit’s house I walked stealthily over to the rabbit enclosure, figuring that might be something a child would be excited about.  Ultimately I found nothing at all, no trace of a child and no more youthful sounds.  I did not even see a toy, a swing set or any other item that would indicate a child was in the area.  I was still very sure of what I had heard though, and I stood at the end of the road, right in front of Brown Suit’s driveway, wondering just what this new piece of strange information meant.

The sun was in my eyes, dropping quickly toward the horizon to set, so I turned and started pacing back and forth, waiting, hoping that I would hear the child again.  Eventually I knelt down at the south edge of the road, back to the sun, looking toward the trees that surrounded Brown Suit’s property.  I was preoccupied but my mind registered something out of place.  It was a flash of color, a faded red, something on the side of a very old building that was buried behind scrub trees and scrawny bushes.  It was difficult to make out any details, but it looked like a sign maybe, or a picture that had been painted on the building.  I was contemplating whether I should walk over to investigate when I heard a vehicle on the road.  Turning around, I saw the Colony Park Wagon coming toward me.