I remained troubled by the severity of the crime.

“It sure seems like they went way overboard in killing those women.  I mean it’s a bit extreme to be torturing them, flaying their skin, all of that.  I don’t get it.”

“I felt the same way, however as it turned out all of that happened after they were dead, at least as far as the doctor who examined them could tell.  On their death certificates he listed the cause of death as strangulation and all of the other wounds, except some bruising and scratches on both of them, as postmortem.  The rest of it was staged, probably to terrify old Tom.”

I had a baffled look on my face and asked, “How did that work to frame Tom for the murder then?”

“Ahh, yes, well it may have been that the railroad was not in control of this doctor, however they did manage to get hold of those certificates and they never saw the light of day, at least not in any timeframe that mattered to Tom’s story.  And that doctor never said a word either, maybe they got to him after all.  By the time that anyone with an outside interest managed to read those certificates, Tom was dead, the railroad had their land, and well, it didn’t really matter.”

I nodded my agreement at that just as the second set of candles went out, almost in perfect synchrony.  There was just enough light from the stars to allow me to see Vann snapping his fingers next to the wicks a few times, for no real purpose that I could tell, and then he picked up one of the candlesticks.  After taking a penknife out of his jacket pocket, and starting to remove the wax with measured cuts, he returned to the story.

“Now I have to step sideways on you again my friend because I just realized that you are missing some information.  I kind of got caught up in telling that murder tale, however do you remember the boat?

“Yep, the one you thought he might have been planning to leave in?”

“Indeed. And these?”  He held up the candlestick he was working on.  I nodded and waited.

“Like I had told you, these here were part of the reason Tom stuck around through all that abuse.  I admit, he was as stubborn and tough as they come, however I think even he would have left way before it ever came to murder except for what he had found on his property.  And that,” and here Vann held up up his hand to stop my question, “was something or somethings, that I never did really get complete info on.  If I ever get back that way I am going to make it a mission to get the rest of the details, however here is what I do know.”  He put the candlestick down after wiping off the small amount of remaining wax with his untucked shirt, and then placed the other, uncleaned one next to it.  He waved his hands around for a few moments, silently voicing some incantation I imagined, and then picked them both up. 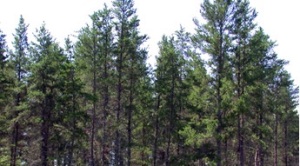 “These he found on his property, off in a clearing that lay within the woods that surrounded his cabin, in an area he had dug up, and had been working on, for what had been a considerable amount of time.  Some part of his notes remain in a local archive there and the first mention of what would lead him to that clearing is dated for 1856, a detail about one of his dogs coming home with a tattered rag in its mouth.  Unremarkable right?  Tom even wrote that he was about to toss it into the fire when he realized it had something embroidered on it.  The design was too soiled and torn up to identify, however it sparked his interest and he went out the next day looking for where it had come from.  He found nothing for a week, even after letting his dogs loose and trying to follow them, just to see is they went back to wherever the one had found that cloth in the first place.  Eventually though, he found the small clearing, closely ringed by jack pines, and a shallow hole near the eastern edge with a few other articles of clothing sticking up from the ground.  It was a grave of course, an old one, and Tom wrote that he felt pretty bad that his dogs had disturbed the eternal rest of whomever it was that lay there.  He figured to rebury the fella, for it was a man as far as Tom could tell from the clothing, and after getting a shovel he started on the project.  Along the way though, he started digging up other stuff, including these.”  Vann placed the candlesticks back on the ground, took up his penknife again and began cleaning up the remaining one with wax on it.  He was deliberate enough about it that I realized he was testing me, waiting to see if I cut in with another impatient question.  I remained quiet and started moving around, cold again and realizing that Vann’s story had made me forget it for a few minutes.  When I looked his way again he had stopped working on the candlestick and was grinning at me.

“Damn yes, how the hell are you staying warm anyway.  I mean, you at least have some other stuff to wear but man, it’s pretty chilly and you hardly even seem to care.  You didn’t even zip up that jacket.”

He winked at me, said, “practice, my friend,” and then finished up with the second candlestick.  He placed them both on the ground, then picked them up and changed their positions, repeating that several times in a way that reminded me of maneuvering chess pieces.  Finally he seemed to believe they were in whatever cosmic alignment he needed them to be in and he leaned back to stretch.  I stared out into the night, catching a small moving shadow at the edge of my vision and wondering if it was a coyote come in to ask me just what the hell I was still doing under the water tower with the strange homeless person. 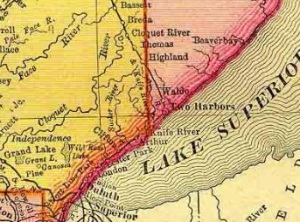