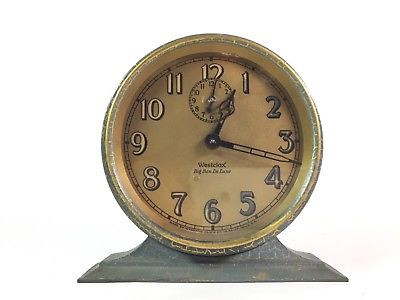 Wednesday June 15th, 1927 started out as a slightly overcast day, cool in the early morning hours with a slight breeze coming in from the west.  Leo was up early and out on the street, determined to ensure that everything went according to plan.  Brinnegan was asleep when he left and Leo took the precaution of setting the alarm on the tabletop clock for 11 a.m. and moving it across the room, away from his partner’s bed.  It was not that he really felt as though Tom was going to screw up and sleep too long but he had gone out after their discussion the previous evening and not come back until two a.m.  Leo just wanted to eliminate as many variables as possible and making sure Brinnegan was up got that one off of his mind.

He walked over to the Texaco, strolling past it a few times and then settling in to a spot he had been using for observation over the last week.  It was a dark little nook tucked in next to a partial alleyway that ran behind a warehouse just up the block from the station.  It was secluded, completely masked from view of even close passersby and offered a clear view of the gas and oil station.  At ten a.m. it became obvious that Leo’s alarm clock precaution had been unnecessary as Tom walked past the Texaco, their prearranged signal that he was setting things in motion.  Over the next four hours Leo watched, carefully matching up his observations with his notebook entries, everything falling right into place.  At two-fifteen in the afternoon, right on schedule, a police car pulled into the station and the officer got out to speak with the station owner.  As always, he drank a cup of coffee before returning to his patrol car and driving north on Avalon Boulevard.   As Leo had documented, that was the last routine police presence in the area until after six p.m., and five minutes later he saw Tom drive up and park two blocks away from the Texaco.

The vehicle, a 1926 Ford Coupe, had been stolen earlier that day by Brinnegan as part of their plan, and was going to be their getaway vehicle.  Leo watched as his partner got out, lit a cigarette and leaned up against the side of the car, another prearranged signal that all was well.  The next thirty minutes went slowly, with Leo hyper vigilant for any possible issues and Tom scanning the street for any unexpected signs of police.  At five minutes to three Leo checked his gun to ensure it was loaded, stepped out into the street, tucked his small notebook into the back of his pants and walked toward the station.  As he did so Tom eased the vehicle out into the road and pulled in next to a pump just as Leo stepped onto the property.  No other vehicles were on the lot, the owner and one employee were inside the station and the road was mostly clear of traffic.

Leo went into the small building just as the employee walked out to assist Tom at the gas pump.  He promptly pulled his gun out and leveled it at the owner, telling him to put his hands up.  He then glanced outside to verify that Brinnegan had the employee under control also, which he did.  Leo waited as his partner walked the man back into the station at which point he was told to lay down on the floor.

“Keep your hands up.  We’re going to need the cash bag, now.” Leo demanded sharply. “Step away so I can get it.”

“We don’t have much cash.  I’ve already gone to the bank today.”  The owner’s voice was strained but under control. “I’ll open the register for you.”

“Bushwa!” Leo exclaimed back.  “This ain’t no quick hold-up job.  We’ve been watching you and I know you have that cash bag under the counter.”

“I don’t,” the owner began before Leo cut him off.

“In the briefcase, the brown one with the gold clasp on the front.  Get out from behind there now!”

The owner’s shoulders slumped as he realized that Leo did in fact seem to have good information.  “Ok, just don’t hurt Roger, ok, or me.  No need for any violence,” he replied in a low voice as he stepped to the right and shuffled away from the counter.

“Good, good,” Leo said, “you keep an eye on him,” he continued, motioning toward Brinnegan and then the owner.

“Sure, I got them both,” Tom replied.

Leo had just brought the briefcase up and placed it on the counter when the police car pulled into the station.  Tom noticed it first.

“Sorry, but look!” Tom exclaimed as they both watched the patrol car pull in on the other side of the same pump as the stolen coupe.

“Stay calm, stay cool.”  Leo took hold of the briefcase and then pointed at the two captives.  “Kosh these two and then follow me.  There’s a back way out of this place right through there,” he stated as he waved toward a door behind the counter.

Tom did as he was told, pistol whipping both of the men, but when he looked up Leo was already out of sight.  As it turned out, those extra thirty seconds made all the difference in the world.  The police officer, who had forgotten to fill up his vehicle earlier due to being distracted by a personal issue, stepped through the door right as Brinnegan finished and looked around for Leo.